Albarracin is an ancient city of about a thousand people.  Albarracin nestles in the mountains of Central Spain. Around it there are green meadows irrigated by several rivers, and a mountain range which bear a name as Sierra de Albarracin

Albarracin – is a town in the Nothern Spain with well-preserved medieval architecture.

ALBARRACIN is a unique place.

One of the most picturesque towns of Spain with well-preserved medieval defensive wall,  Albarracin was named in honour of moorish rulers of the al-Bano-Ratio. From 1012 to 1104 years-the capital of the same-named taifa (Principality), and after its collapse — the center of the seigniory of Albarrasin, which was ruled by the Navarrese family Asagra. What makes it unique? Its unique by geography, history and beauty of nature. Not without reason in 1961, the Spanish government declared this town as a national treasure in the province of Teruel. In 2005, tourism experts declared Albarracin  as "the most beautiful city in Spain". To create a carousel. Add a description

Abundance of water and food

Plenty of wild fowl attracted settlers here in ancient times. Rock paintings testify to the observation and skill of ancient artists. They painted huge bulls and other animals, using white paint, which is found only here. Scientists believe that the caves with drawings with scenes of everyday life, served as places of Assembly, including religious. The nearby Montes Universales nature reserve is still a home to deer, wild boar and many small wild fowl. And Guadalaviar (Arab. "white river") — is the richest trout river in Spain. In 133 BC, the Romans subdued the local tribes of the celtiberians and founded several settlements here. In the I century AD, the Romans built an 18 kilometer aqueduct . It is considered to be one of the most elaborate Roman public buildings in Spain. The traces of the Roman religion have been preserved. Carvings on an ancient tombstone found in Albarracin indicate that the Emperor was worshipped in this area. Create a carousel. Add a description 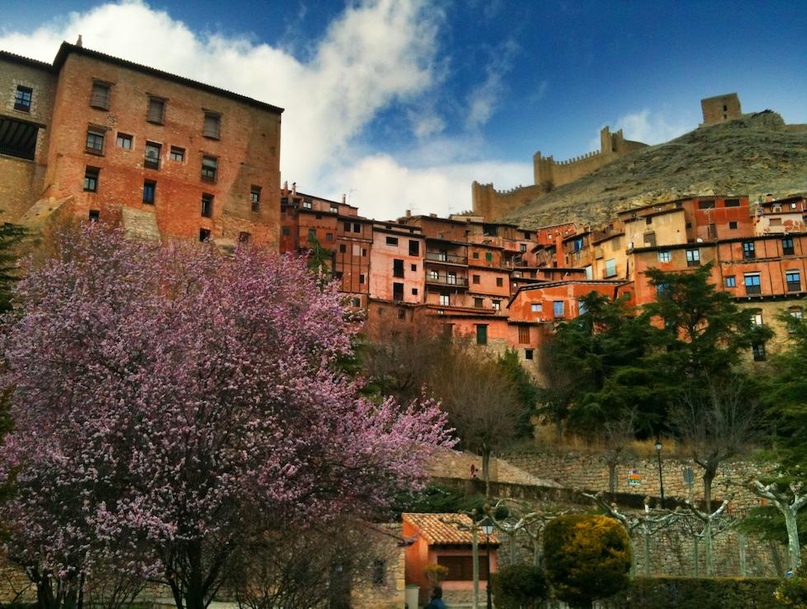 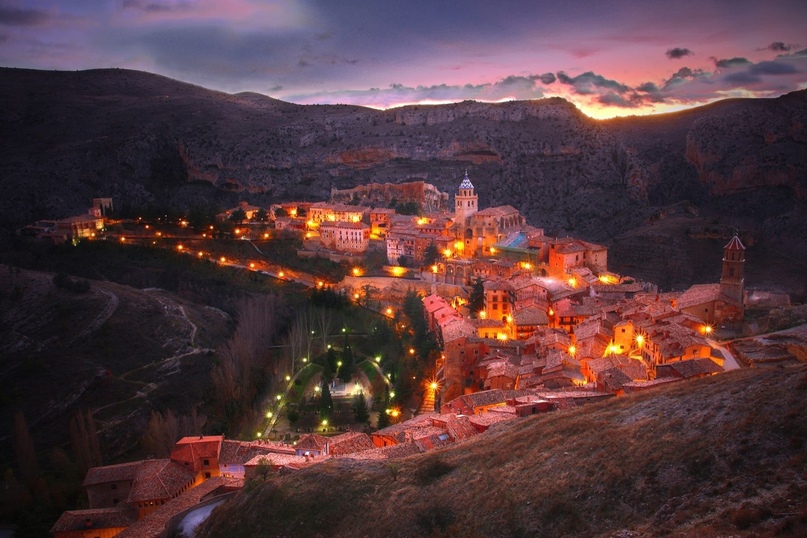 In the ninth century, this territory was under the rule of Muslims. By the way, it is believed that the name of Albarracin is derived from the surname of a noble Berber settlers — ban-Razin. In the Middle ages adherents of Islam, Judaism and Catholicism peacefully coexisted here. It was a time of prosperity for Albarracin. Local craftsmen made beautiful Handicrafts. Medicine here also achieve a notable success. Judging by the set of surgical instruments found during the excavations, local doctors even operated on cataracts. The ruling of the Muslims continued until the end of the twelfth century, when Albarrasin passed into the hands of the Catholics. By the way, this is almost the only case in the history of Spain, when the power was replaced without shedding blood. How is Albarracin extant to our days? 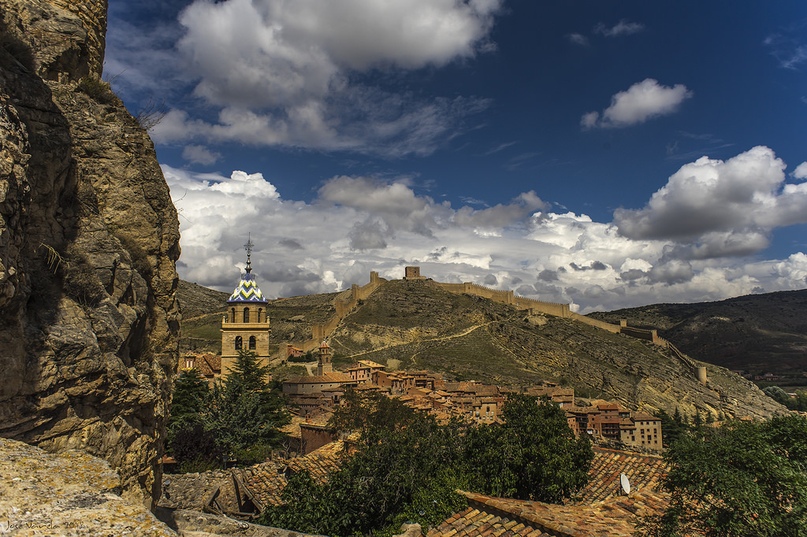 Since the middle Ages, everything has remained as before. There’s no any new buildings here. Fabulous silhouette.

A Spanish philosopher Jose Ortega-and-Gasset (1883-1955) described Albarracin as "a city piercing the sky with its fabulous silhouette". You couldn't say better. The city is perched on a bare rock, rising 1,200 meters above sea level and surrounded by a deep gorge, serving as something like a moat. Over the centuries of its existence, this natural Bastion has earned the nickname "Eagle's Nest". Walking along the narrow pavements, you can admire the amazing architecture of the past. 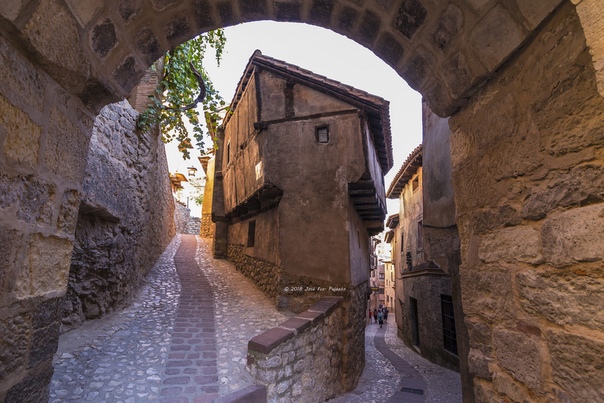 Local attractions include "Corner balcony", "Azure house", as well as "the Abode of Julianeta", which connects two streets located on different levels. The buildings of those years were built in wood and covered with plaster. These materials are much lighter than stone, which is important for construction of such a height. It is also interesting to look at the wrought-iron bars protecting the small windows with lace curtains, as well as overlapping cornices, carved wooden balconies and unusual door knockers, often carved in the shape of animals. Those who suffer from dizziness, it is better not to look down from the windows of "hanging" houses. Due to the lack of space, local residents often built their houses directly over the precipice. Above the historic center of the city the walls of the Moorish castle rise, like a crown. The Andador Castle crowns the wall, built by the Arabs in the X century. Later in the XVI century Gothic Cathedral and the town hall in the shape of a horseshoe with rounded arches porticos were built. 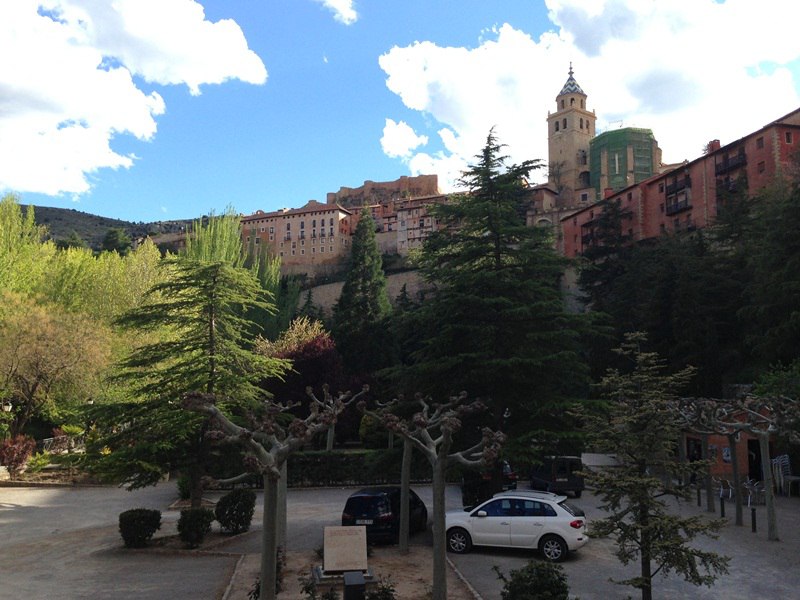 Nature lovers cannot but appreciate the beauty of these places. The nearby mountain range contains a wide variety of ecosystems with rich flora and fauna. Springs, streams, waterfalls adorn the wooded slopes of the mountains, and at night you can admire the incomparable starry sky.